Beyond the broadcast: How Cinco is using xSpace to redefine the virtual fan experience

Fans are searching for new immersive and interactive ways to enjoy sport, opening up an array of opportunities on gamedays. Nicolas Marullo, president and CEO of Cinco, discusses how the company’s xSpace solution is revolutionising sponsorship and engagement marketing.

In 1996, Bill Gates famously wrote an essay titled ‘Content is King’, explaining where he thought most of the real money would be made on the internet as the then burgeoning network evolved.

The piece from the Microsoft co-founder ended on what has proved to be a particularly enduring note.

More than a quarter of a century on, ‘content is king’ is still frequently spoken throughout the sports industry and further afield. For Nicolas Marullo, president and chief executive of brand experience and sponsorship activation agency Cinco, the phrase has now evolved.

“Content is king, but context is also the new queen,” he tells SportsPro. “In chess, you cannot really win without your queen. A king is very important but the real player that's going to make you win is your queen which, in this case, is context.”

Marullo’s retooled mantra has guided Canadian-based Cinco’s approach to producing its flagship innovation, xSpace. A virtual engagement space for users to hang out, discover and have fun before, during and after a game, it aims to go beyond polished, heavily produced broadcasts and focus on ‘the game outside the game’.

Marullo believes that sport will soon advance beyond traditional broadcasting in favour of a more interactive and creative offering, blending real-life and online. That is in response to fans worldwide searching for virtual places to meet and experience matchday in a new immersive way.

This is where xSpace comes in. The browser-based platform can be accessed by merely clicking on a link, negating the need to download a specific app or software. Once inside, supporters will discover a specially constructed virtual world ripe for exploring. A couple of clicks and you’ll find yourself in your favourite team’s dressing room to get the latest on the lineup. Take another turn and you’ll be sitting in a pub with fellow fans to chat about the game. Want to buy the latest club merchandise? That and a whole lot more is all under the same roof that can cover off every step of the consumer journey. 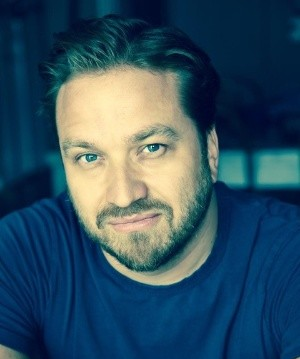 Incorporating technologies such as WebAR, WebGL and mixed reality, Marullo’s vision for xSpace was also partly informed by his time working in China and Japan. There, he was struck by people using their phone “for absolutely everything”, be it teenagers scanning QR codes or 90-year-olds paying for a taxi. By providing easy access to xSpace, he feels users will be able to enjoy long-lasting, emotionally rich experiences in a world otherwise engulfed with quick, disposable content.

“We're always going to consume quick content anyway,” Marullo (above) says. “When I go on social media I browse my phone the same way I zap channels [on TV]. I have zero context. In the same feed, I'm going to be looking at my favourite team, pictures of a relative’s wedding, my friend’s beach party. People want to get out of that fast paced environment on the internet and go to a more context-based type of space where you can talk about, say, the history of the All Blacks with other fans.

“It [xSpace] gives me a context in a world where we have no more context. We consume things as fast as they're coming our way. This is kind of a bubble outside of the noise to be able to very contextually talk to people.

“It also gives the opportunity to talk about peripheral subjects. You might be interested in the tactics of a football game but your partner may be interested more in the health and the training.

“We don't want this to take the place of a broadcaster but be in complete synergy. There's no live feed of the game inside the xSpace. But we believe the real conversations about the game, the training, the players, the stats, this and that, this peripheral conversation is as exciting as the match itself.”

Cinco’s work certainly attracts attention and its immersive capabilities are only likely to be enhanced as the technology evolves. It is undeniably exciting for sports stakeholders knowing that the only potential limit to xSpace is the imagination. There is, however, the small matter of other companies bidding to create their own engrossing content - “everyone is trying to outplay the other one”, acknowledges Marullo - but where xSpace is bidding to add real value for all parties is by elevating the fan experience and building those deep relationships with consumers.

A recent example saw Cinco work with Ford to create the car manufacturer’s own private virtual environment for a full season where fans of the National Hockey League’s (NHL) Montreal Canadiens and Edmonton Oilers could get up close and personal with their teams, including access to a virtual arena, locker rooms and fan zone.

For Marullo, the space needed to be easy to navigate, accessible via phone, tablet or desktop and, crucially, come across as authentic. It may be a virtual space, but it’s the real people that make what he describes as the “second best thing after real life”.

It may have been developed to be future ready, but xSpace can be valuable today. It is able to drive traffic to and from social media, while also opening up new, tailored sponsorship inventory – a virtual asset that provides very real results. It also eliminates geographical barriers. According to a Kantar survey from 2019, Manchester United boast a fan and follower base of 1.1 billion. The vast majority, though, will never attend a match at Old Trafford, meaning a far-reaching, monetisable matchday experience is an enticing prospect for any globally recognised team. 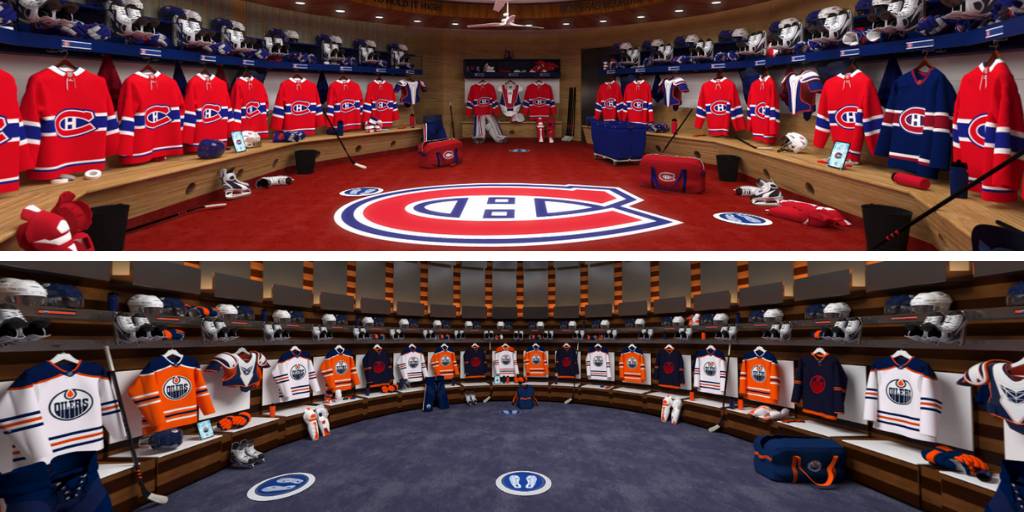 “We're going to be part of a world where it’s going to become very hybrid, so all of the live events are going to create a virtual version of their live event,” says Marullo.

“I think we're going to see the emergence of fan-driven places like this. If I tell you to go on social media for a team, you may say no. If I say do you want to go to a virtual pub in New York before a Knicks game, that sounds much better and you’re more likely to go check it out.

“More and more, we're going to create experiences that fans actually want to participate in.”

We believe the real conversations about the game, the training, the players, the stats, this and that, this peripheral conversation is as exciting as the match itself.

The pandemic has meant supporters have had to make do with their teams’ online activations over the past year. But, as a digitally tangible destination, xSpace is not a kneejerk reaction to sports going behind closed doors. In fact, it took three years of research and development before launching last September as a solution for brands trying to adapt to the shift towards virtual experiences.

“We had a lot of experience when we started this,” explains Marullo. “We said how can we bring something of value online?

“First, it was let's make it beautiful. We worked very hard to make sure that using different methodologies we were able to create something that looks amazing.

“Second is, over the last five years we built what we call the modules, so we have about 50 modules of technological platforms that allows us to create experiences. All of these things are giving us the capacity like a tool box to be able to do different things and create rich consumer experiences.

“The third and the fourth things are what content do you put in there and how do you amplify that content? We want to build communities, then allow them to talk in a meaningful way. These are the ingredients that we put together.”

As fans start to filter back into stadiums, Marullo is excited to see xSpace evolve as a companion piece to the game itself. For some supporters, a pint at their local pub remains a time-honoured tradition before kick-off. Now, for the next generation of fans, a comprehensive virtual gameday experience could be well on its way to holding that same level of significance. What xSpace has served up so far in that regard seems to be just the start.

“In the future, what we're going to do is make sure that we're always three years ahead,” Marullo says. “Knowing what we can put in our toolbox allows us to create better experiences. Making them look beautiful, be more interactive, have more action, more movement and be more meaningful.

“We're also going to learn a lot as we go because when we do a season like we have with the Montreal Canadiens it's 84 games. That means we have 84 opportunities to learn how people come back and what they want to see.” 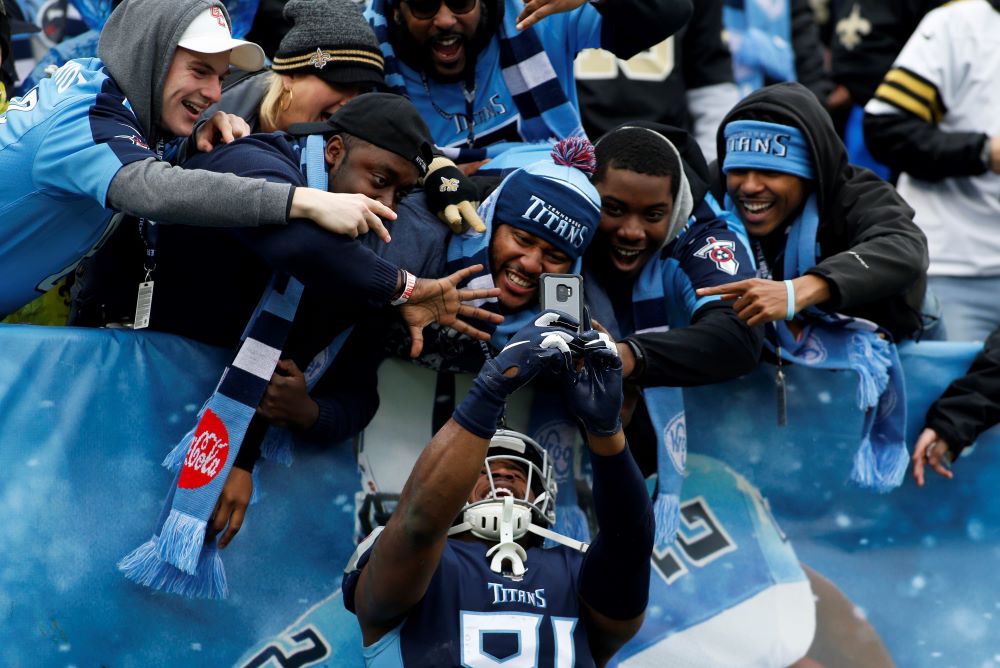 Ultimately, when people hear xSpace, Marullo wants them to think “that’s where the special access, the fun and the action is”. The essence of fandom and supporting a team has long been about chasing that feeling of belonging and celebrating togetherness. Marullo and xSpace could well be bringing that sensation even closer to supporters.

“We're learning every day,” says Marullo. “We're seeing how people are moving, analysing that and adding more stuff. We believe people want to interact, and with better tools in our toolkit we can have better communities and better engagement with people.

“The more we can bring engagements with real people and also create synergies with the live action into these virtual spaces, the more success we're going to have.”