DFL Digital Sports: Putting the ‘Pun-desliga’ on the map

Ahead of his appearance at SportsPro Live, Andreas Heyden, the chief executive of the Bundesliga’s digital arm, explains how it works to deliver soccer ‘as it’s meant to be’.

The Bundesliga has always prided itself on being different from its European rivals. From its rules around club ownership structures to its willingness to embrace new ideas, German soccer‘s top flight never wants to follow the herd. That even applies to its approach online.

DFL Digital Sports, the Bundesliga’s content arm, has taken that mindset and run with it to great effect. The Bundesliga’s ratio of social media engagements to fans has been as high as triple that of its international heavyweight competitor, England’s Premier League.

Ahead of his appearance at SportsPro Live in London in April, SportsPro spoke to Andreas Heyden, chief executive at DFL Digital Sports, to find out how it has the Bundesliga punching above its weight in the battle for online eyeballs.

How do you translate the Bundesliga’s brand vision into content?

The plain positioning of the Bundesliga is ‘football as it’s meant to be’. How does this translate into our media output? On one side it is accessible - so look at stadiums: we have standing, we have easy tickets, a very peaceful atmosphere but still very exciting and emotional. This is what we try to translate into our daily work around generating digital content on our social media platforms.

So if you take a look at our Instagram feed, or our Facebook feed, we communicate in a language that is close to the fans. We don’t take ourselves too seriously - there is the stuff we do around the ‘Pun-desliga’ - that is pretty uncommon for a German league.

We need to have this lightness, this accessibility, this friendliness whilst having a challenging discussion with fans on social media. This is something we think is one of the key success factors.

Innovation is one of the key drivers behind the DFL brand on various levels. When I talk about our international marketing activities I always talk about the entity of clubs and the league together because the more successful, the more creative and innovative our clubs are, the more it helps us a media product. So all that stuff from the clubs from mobile ticketing, to augmented reality [AR] applications, to innovative cameras, up to the video assistant referee - something every league in the world has been talking about but the only one to deliver is us.

We use stuff like pop culture references in social output. We take a Guns and Roses album cover and transform it with players from FC Bayern and it’s ‘Gunners and Ballers’ - or something like that. Or ‘Smells like team spirit’ as a reference to the Nirvana album and the young players of the league. The teams really put out some creative material.

On the other side, we love data. We are very structured in the way we appear in our channels but we also take this creative freedom. We work with 442oons, the independent soccer website who work with cartoons; they tailor-make content for us. Specifically the German soccer A-Z, where they make fun of the German language with cartoons of our international players – it’s quite funny, actually.

One of the Bundesliga's 442oons videos featuring Michy Batshuayi as Batsman

Why is the Bundesliga such an innovative league?

So we found the German way and the way that fits to the culture of our clubs. As you know, our clubs are not owned by investors they are owned by fans and any decision that is taken must be on a broad basis. It’s important that you don’t always stick with what you are doing but as a league and clubs you have to show the way. This is why innovation is important to us.

Also, innovation is valued by the broadcasters. To do innovations around virtual reality [VR], AR, UHD or any kind of new tailor-made content formats for our media partners.

No one in the world speaks German. We have to approach the fans in the language they speak. So we found the German way and the way that fits to the culture of our clubs.

How is the league driving its international growth digitally?

On the one hand, we fish where the fish are. We do Facebook, we do Instagram, we do Twitter, we are on WeChat. Like many leagues, we try to be as broad as is commercially feasible.

The unique language we are speaking and not taking ourselves too seriously is different to other leagues. It makes the engagement that fans have with our content on our channels so great.

So it is pop culture content, being very fast and brave to create content that focuses on engagement and not on pure reach.

What is the process for honing your digital strategy?

It is quite data-driven on both sides. So in planning what we use tools to measure our NPS [net promoter score], we use tools to get feedback from the customers on what they want to improve – they give us lots of feedback, actually.

We try to make every decision digitally on data. If we don’t have a clue then we do an assumption and then we measure against the assumption until we have a clue, then we set a goal. Getting this data-driven mindset into the operations for the digital channels and into the organisation is a very, very tough step. We’ve succeeded well but it also uncovers stuff that one doesn’t do any more. There were always strands of content that we discontinued because we found other ways of how to do it better. 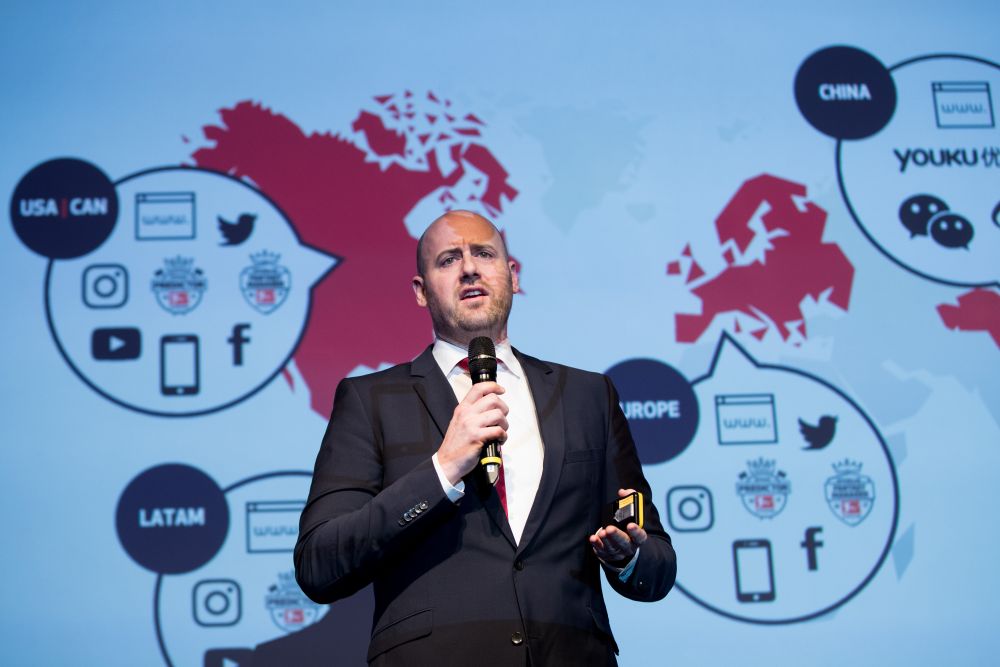 What are the projects you have been most proud of?

One of the biggest projects, that wasn’t just a digital project, was the rebranding of the Bundesliga - that’s just in the last 12 months. That was a light-switch moment of giving it a fresher, but still Bundesliga-like, brand appearance.

I think the development of the digital challenge on web and the app went already on a good road, there’s still much to do, but it really progressed well. The most outstanding part, and these are public numbers, if you see the growth of our total reach, it tripled in the last two and a half years. For us the most important performance indicator on social is engagements per 1,000 fans, our engagement is triple that of the Premier League and double the amount of La Liga for the last month. That is something that really makes me proud of the team.

How do you see your digital role with the Bundesliga and OTT platforms?

We are happy that we have well-known companies like Amazon as our licensees, with DAZN and Eleven Sports. So the top three digital players, especially in Europe, who are focused on OTT as well as our trusted national broadcaster Sky with their SkyGo products. We have an existing relationship with them; this is great.

We learn a lot with their different content demands than the pure broadcasting players. Which we answer with different tailor-made content solutions for those licensees. For us, ourselves, we have quite well commercialised rights metrics. So there are not many rights that we can utilise on our platforms, owned and operated. But we have a media-centric content strategy. It sounds like a conflict, and it is. So what do you do if don’t have matchday footage to show? You create content out of other sources, like the 442oons content I talked about; we have the media days where we create specific content every year with the clubs.

The highest value in media consumption online is video. We try to create relevant media content around the rights that we have.

On Wednesday we can do a lot with matchday footage but just showing highlight clips doesn’t service well. On our YouTube channel we try to create a story around the match itself and with an outlook to the next matchday because that is what we can do best with the rights metric.

A pure OTT platform in the form of a Bundesliga pass, like the NFL or NBA, is currently not in the planning and would contractually not be allowed. 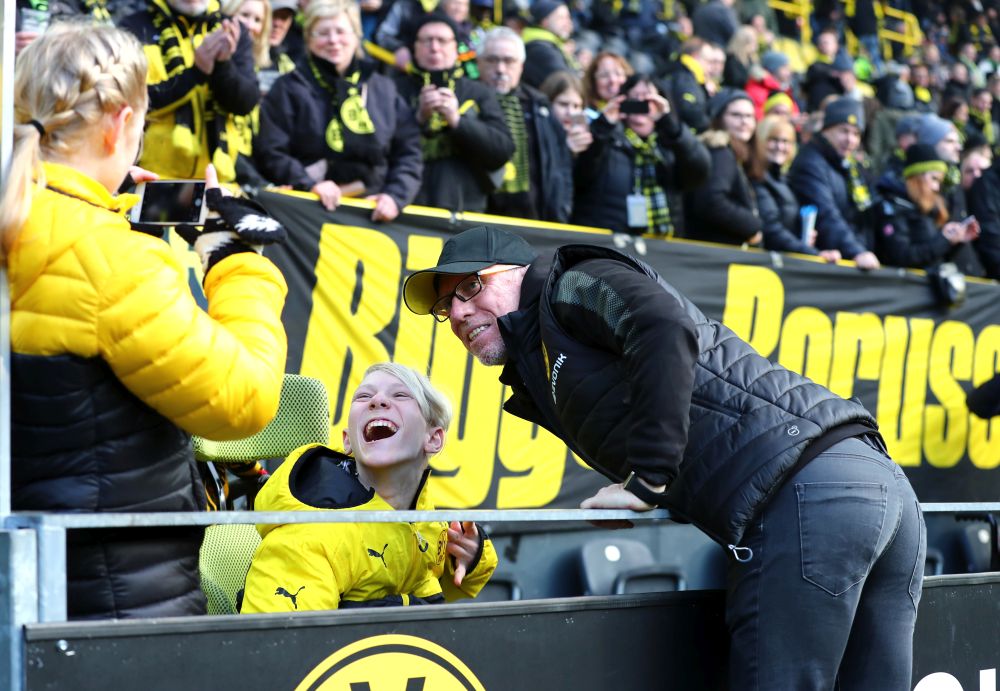 The Bundesliga has a reputation for not taking itself too seriously

What sets the Bundesliga apart from its rivals?

If you take the value chain of when is live video material and data material generated and how does it reach the end customer, I am sure the positioning in the media competence of the Bundesliga is quite unique.

We at the DFL are a group of companies who are owned by the clubs, where we have the Sportec Solutions who generate all data, we own our own data. We have Sportcast, which creates the live signal in the stadium; we own every frame ourselves. We have the digital sports who operate and produce digital content and channels and curate the TV programmes.

We have Bundesliga international as a sales company so we’re not dependent on a different partner like a sport sales agency, we do it ourselves. Then we have the DFL as the mother company holding it all together.

Take a look at the developments recently. We see a European sales agency owned by a league, selling the rights of a separate league. This is something we would not do. We stick to our own roots and try to generate the best output for us as a league and serve our clubs best.

When we take a look in a five to ten-year perspective, this is our path to the future. We come from a world where every four years a TV licence was sold to a TV station for passive customers and we’re moving towards a way where tailor-made content is key for the success in working together with partners.

We are a different kind of content partner to other leagues - we are football as it’s meant to be. 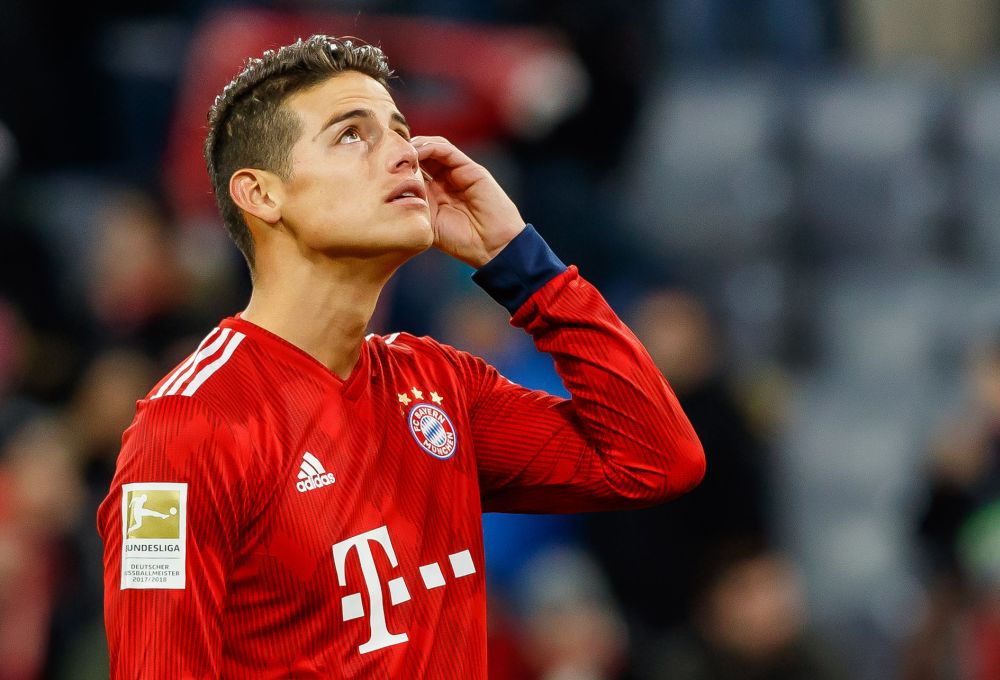 You can hear Andreas Heyden speaking at SportsPro Live, which is taking place at ExCel London from 11-12 April, more information here