Private equity in the major leagues: Is the old boys’ club opening up?

With the NFL, NBA and MLB all currently assessing their ownership regulations, Andrew Zimbalist, professor of economics at Smith College, explains how the role of corporate funding is changing in the US sports landscape.

Soaring franchise valuations and rising media rights revenues have been two of the standout trends in North American sport for some time, with year-on-year growth seen across all the major leagues. This upward trend has prompted increased interest among institutional investors, but it is clear that when it comes to embracing corporate investment and private equity, the major leagues have typically remained cautious.

“Leagues in the United States have historically been loathe to admit corporate and private equity investment for a few reasons,” explains Andrew Zimbalist, the professor of economics at Smith College in Northampton, Massachusetts.

“One is they’ve been run like old boys’ clubs and they want to be able to vet very carefully who their partners are going to be. If you have corporate control over a team, the corporate managers can be changed by the stockholders, so you have less control over who’s going to be the representative to the league’s decision-making apparatus. That doesn’t happen if you have family ownership of a team.”

Of all the major leagues, the National Football League (NFL) employs the strictest rules regarding team ownership. Only individuals – not companies or corporate entities – who can afford to pay cash for at least a 30 per cent stake are able to become a principal owner of one of its 32 franchises. As well as retaining the power to vet and approve prospective investors, the league also limits the amount of debt new owners can take on to fund their purchases. Currently the debt ceiling sits at US$350 million, although recent reports suggest the NFL’s finance committee is considering raising the cap closer to US$1 billion.

“Another thing about corporations, particularly public corporations, is they have to submit reports to the SEC [US Securities and Exchange Commission] that reveal financial information,” adds Zimbalist, “so some of the league’s proprietary, confidential data might leak out if you have corporate ownership.”

The NFL’s softening stance is reflected in Major League Baseball (MLB), which last year updated its bylaws to allow investment funds to acquire minority stakes in multiple teams. The move was a significant departure for a league whose ownership structure has traditionally been the reserve of high net worth individuals and public companies, and it was clearly designed to benefit minority owners who wish to capitalise on rising MLB franchise valuations, with many teams now valued at more than US$2 billion.

Yet while minority ownership brings a certain level of cachet, limited partners typically have no say in how franchises are run. That lack of influence means their stake is a less attractive proposition for prospective investors and, as such, minority owners generally see smaller returns in the event of a potential sale. 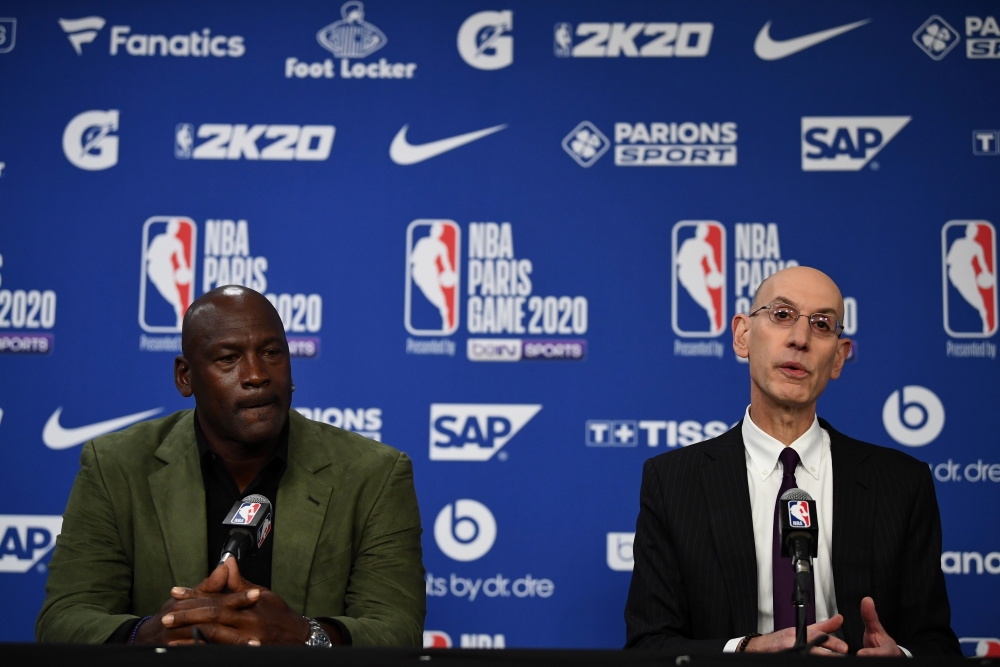 To address that issue in its league, the National Basketball Association (NBA) is now considering the formation of its own investment vehicle that would purchase passive interests across multiple teams, thereby providing owners with a means of securing additional liquidity.

“It creates new opportunities for people who want to invest in sports, and maybe not in a purely financial way,” said NBA commissioner Adam Silver, explaining the rationale in December. “By that I mean that if it's an NBA-only vehicle, there are some sort of ownership accoutrements that we can add. Part of it is financial, but part of it is the amenities, and the cachet, and the desire to be directly involved with these leagues.”

Such moves are being made in part because the major leagues are concerned that sky-high franchise valuations are pricing out all but the wealthiest investors. By lowering barriers to entry and therefore widening the pool of potential buyers, they are hoping to generate greater competition and, in turn, fuel further rises in team valuations.

“Because of that, and because they’re able to do some vetting on the personnel side of corporations, team owners have basically changed their tune,” notes Zimbalist. “What’s driving them more than anything else is the expectation that opening capital markets will increase the demand for franchises and raise franchise values even more.”

While courting private investment might be good for the league and its franchise owners, the long-term impact on their overall business remains unclear. Some analysts have expressed concerns that private equity funds could look to build up sizeable interests in teams through leveraged buyouts before instituting changes solely designed to increase returns, such as cutting staff and curbing certain operations, rather than acting in the best interests of the league or team.

“One of the problems that corporations often have is they lose that emotional bond with the community,” says Zimbalist. “A family that has historically lived in and been involved in the community can more easily engage the community ties than an impersonal corporate executive.”

What’s driving them more than anything else is the expectation that opening capital markets will increase the demand for franchises and raise franchise values even more.

Though that may be the case, it is not only the leagues themselves that are seeking to use corporate investment to their own advantage. Several players' associations have moved in recent years to bring ownership of their collective marketing rights back in-house, and they are now seeking to commercialise them in ever more sophisticated and ambitious ways with the help of third parties.

In November, for instance, the players' associations of the NFL and MLB teamed up with RedBird Capital to launch OneTeam Partners, a marketing company that will help athletes in both leagues maximise the value of their name, image and likeness rights. The aim of the venture is to commercialise player intellectual property around things like video games and trading cards while also developing additional revenue opportunities in areas such as group licensing, player marketing and venture capital. RedBird, which is spearheaded by former Goldman Sachs banker Gerry Cardinale, has initially invested US$125 million into OneTeam, whose plan is to work with other players associations in sports like women’s basketball and soccer.

“I think that the growth of social media has made players and players’ agents more aware of the value of the publicity rights that adhere to these famous people,” says Zimbalist. “Right now, a large part of the advertising and sponsorship that happens around sports is organised through the teams. These various initiatives are recognition among individuals and companies that fans are really as interested, if not more interested, in the players themselves as they are in the team brand.”

Indeed, the ongoing mobilisation of sport's labour force is undoubtedly a response to broader trends, not least the soaring profits being seen at the league level, but it could further complicate future collective bargaining talks by providing players with more leverage at the negotiating table. Whether it has any material impact on the final outcome remains to be seen. “The owners have the upper hand with labour,” continues Zimbalist. “Wages are simply too high for workers to have the class-consciousness that Marvin Miller was cultivating in the 1980s and 1990s. Players now have an average lifespan in sports of three or four or five years; they don’t want to be locked out for a year in order to get a five per cent increase in salary with a more permissive collective bargaining agreement.

“The owners know that and they’re pushing their weight around and driving the players’ share down. That’s making these leagues more profitable.”

Our 'Venture Capital' series will be published throughout this week, showcasing articles that first appeared in issue 108 of SportsPro magazine. The full series can be found here. To subscribe to the magazine, click here.